Annual Horror Film Festivals are usually held in the fall season, near October, or close to Halloween, and always the spookiest month of the year. Check out our list of over 30 Horror Film Festivals, designed to provide more opportunities and exposure for filmmakers, screenwriters and video game developers working within the horror, science fiction and suspense genres. These film festivals celebrate the independent horror filmmaker by giving them a forum to showcase some of the most talented, up and coming horror filmmakers in the world. Start planning now for the fall, when most of these festivals take place. 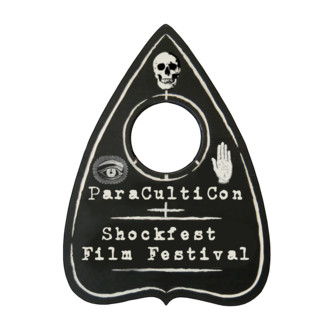 Now in its 12th edition, Shockfest specializes in showcasing the most edgy, controversial, unique and cutting edge content, as well as supporting independent filmmakers! We value every filmmaker that submits, not just those selected, and we seek to cultivate a nurturing environment for fellow genre creatives.

The festival's parent company Shockfest Horror Factory organizes a number of traveling 'mini events' throughout the year in a number of other cities. Your submission to Shockfest's 12th Main Event automatically makes it eligible in these secondary competitions and mini events, which come with their own laurels, screenings, awards, goodies, and so on.

Shockfest values every filmmaker that submits, not just those that it selects, and seeks to cultivate a nurturing environment for fellow genre creatives. Reach out with your requests for discounts!

Tell us about your Horror Film Festivals and get your FREE publicity page on FilmProposals.com.

The Salt City Horror Festival in Syracuse NY is the longest running 35mm horror festival in upstate New York. All screenings are genre related with classic …

The Los Angeles Fear and Fantasy film Festival is a five day event celebrating the very best in upcomming horror, fantasy and sci-fi filmmaking. The festival …

Thursday October 27 – Monday October 31, 2011. The Midnight Black International Festival Of Darkness has officially opened it's call for submissions for …

Shriekfest Horror Film Festival Not rated yet
Shriekfest is an international film and screenwriting contest celebrating the work of independent artists in the horror, sci-fi, and fantasy film genres. …

Carnage Horror Film Festival Not rated yet
The Carnage film festival is officially accepting horror features,shorts and trailers for it's Fall 2011 event. Slated for October,the Carnage will be …

Circus Of Terror International Horror Film Festival Not rated yet
Circus of Terror - A Convention to Die For! New Orleans, French Quarter, Halloween Weekend Oct 29 - 31, 2010 Submission Rules All categories will be …

TORONTO AFTER DARK FILM FESTIVAL Not rated yet
A film fest showcasing new Horror, Sci-Fi, Action and Cult movies! The next Toronto After Dark Film Festival runs AUG 13-20, 2010, at the Bloor Cinema, …

Make sure to check our Latest News for additional Film Festivals and reminders about Call for Entries and Submissions Deadlines.

Back to Top of Horror Film Festivals