Film and TV grants, which collectively add to millions of dollars in Film Money available to you, have a HUGE advantage...You do not have to reimburse the funds, unlike film investors, who require their money back, plus a return on their investment. Most film grants require a specific type of proposal and you will really have to understand your film, niche, market and message to even be considered for a grant to be qualified for supported projects. If you are truly passionate about your project, and it delivers a message, more than likely, you can receive a film grant.

Check out our top Film Grant Tips for How to Write and Win a Grant, written by a film grant application evaluator. There is a great deal of film grant competition, as thousands of applicants apply for the same grant. Although it is a competitive process, use our advice to help you stay ahead of the game and your competition for production and distribution at Top Film Grant Tips for Writing and Winning a Grant.

NETFLIX 2022: Selling Your Documentary To Netflix

Tell us about the Film Grant You Offer! 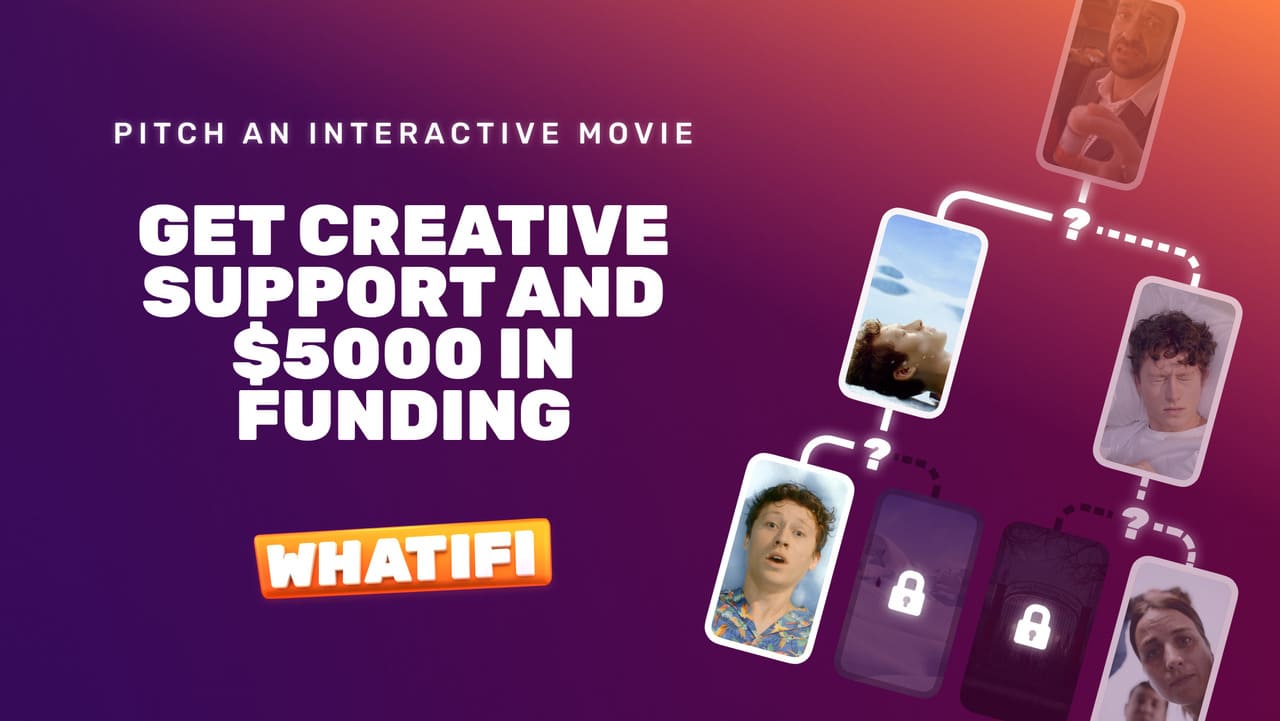 Our team at Whatifi Studios is familiar with the urge to interject, interrupt, and rewrite while watching a narrative unfold. We ask, If only? How about? What if? But we don't stop there. Our filmmakers turn passive viewers into active participants. Whatifi Studios offers creative support and developmental assistance to independent filmmakers across the globe. No matter where you are in the brainstorming process, we'd love to hear from you. With years of experience creating branching stories, we're here to help you every step of the way: brainstorming, scripting-writing, financial support, editing feedback, and the behind-the-scenes magic that lets viewers interact with your film. Submit your interactive film pitch before December 31, 2021 to be considered for our first round of productions. Selected filmmakers receive creative support and up to $5,000 in funding.

Lightswitch Video, a Chicago-based video production company, launched The Full STEM Ahead Filmmaker’s Initiative, a first-year initiative designed to not only encourage STEM education and careers in STEM but to also cultivate the careers of the filmmakers of tomorrow in the process. One grant recipient (ages 15-25) will receive a $5,000 grant to produce a short-form documentary about a STEM program that they are involved in, knowledgeable of, or want to learn more about and they believe deserves more recognition. That program will then receive a matching $5,000 grant, and the final documentary will receive a showing at a local theater alongside a Q&A with the documentarian. Filmmakers must be currently living in or going to school in the City of Chicago, Illinois. The submission deadline is December 13, 2021 at 11:59PM CST. 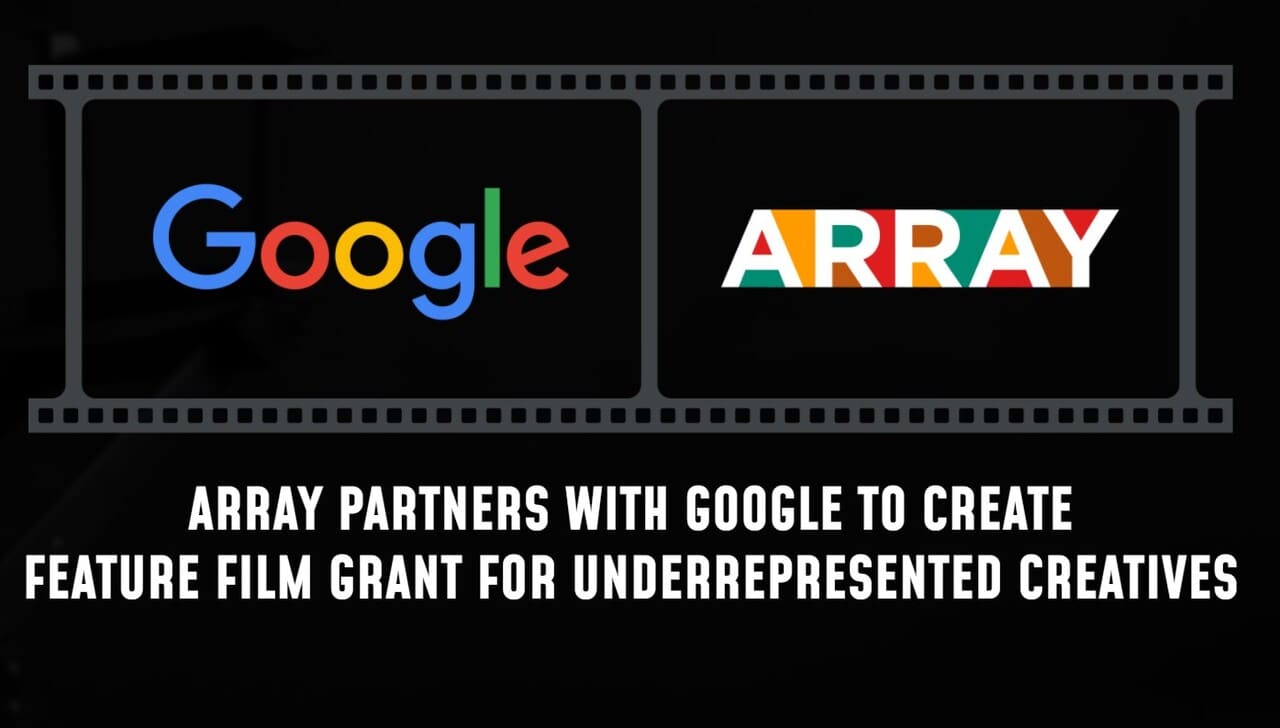 ARRAY, Ava Duvernay’s distribution, arts and advocacy collective, offers grants to support individuals and organizations that advocate for people of color and women of all kinds, with a special focus on community-building and creativity. "We recognize your leadership, we embrace your passion, we celebrate your vision." They partnered with Google in 2021 to launch the new $500,000 "ARRAY + Google Feature Film Grant" benefiting emerging creatives from underrepresented communities. In additional to the grand prize, additional finalists received $5,000 each to continue the development of their projects. ARRAY also offers financial support to grassroots film festivals, screening series and cultural programs with $10,000 grants each.

The Tribeca Film Institute (TFI) offers over $1M annually in grants to a variety of projects and filmmakers, mostly with a focus on politically, culturally and socially relevant films from diverse storytellers. TFI partners with ESPN, AT&T, Gucci and other corporations to support filmmakers financially across several niches and specialties.

The Tribeca Film Institute is a sister organization to the Tribeca Film Festival® and Tribeca Film Center®, all founded by Robert De Niro, Jane Rosenthal, and Craig Hatkoff in the wake of September 11, 2001 to support downtown NYC businesses. 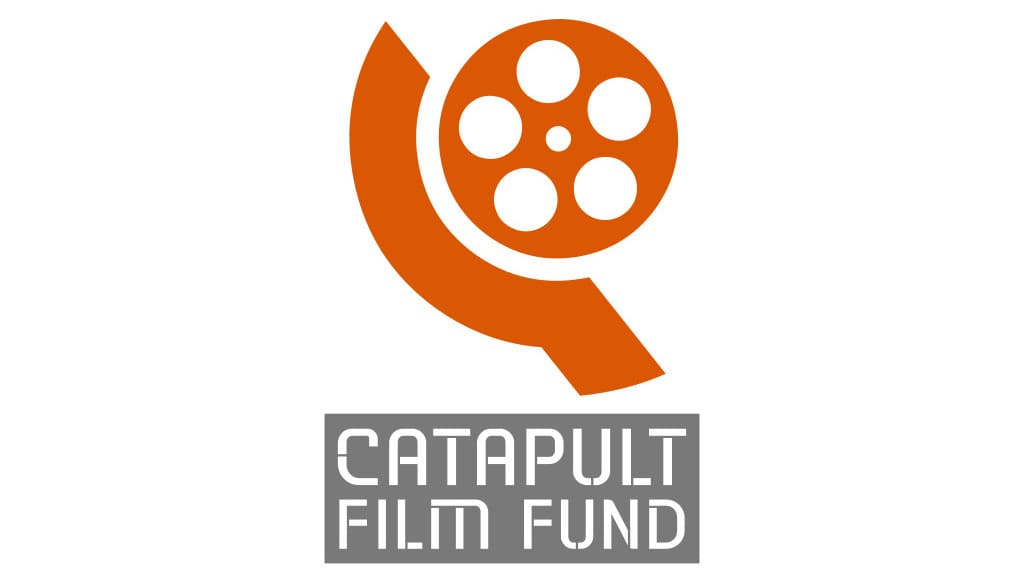 The Catapult Development Grant gives early support to propel projects forward that hold the promise of a story that should be uniquely told in film. They provide development funding, up to $20,000, to documentary filmmakers who have a strong story to tell, have secured access, and are ready to create a fundraising piece to help unlock critical production funding. We enable filmmakers to develop their projects to the next level, at the early stage when funding is hard to find. We support powerful and moving storytelling, by filmmakers with a strong voice across a broad spectrum of subject matter. The Development Grant is open and accepting applications on a rolling basis. The Catapult Research Grant seeks to develop the voices of diverse nonfiction films and filmmakers by providing five $10,000 grants plus six months of mentorship and professional development to US-based filmmakers. The Catapult Research Grant opens October 18th.

The Jerome Foundation’s ultimate goal is to support the artistic and career development of early career artists in Minnesota and the five boroughs of New York City, whether working individually or as part of a team, ensemble or collective. Eligible artists typically are directors of documentary, narrative, animation, or experimental film or video or new media creators. Jerome Foundation offers 4 different grant programs, including production grants for specific projects of up to $30,000. Applications open January-April. 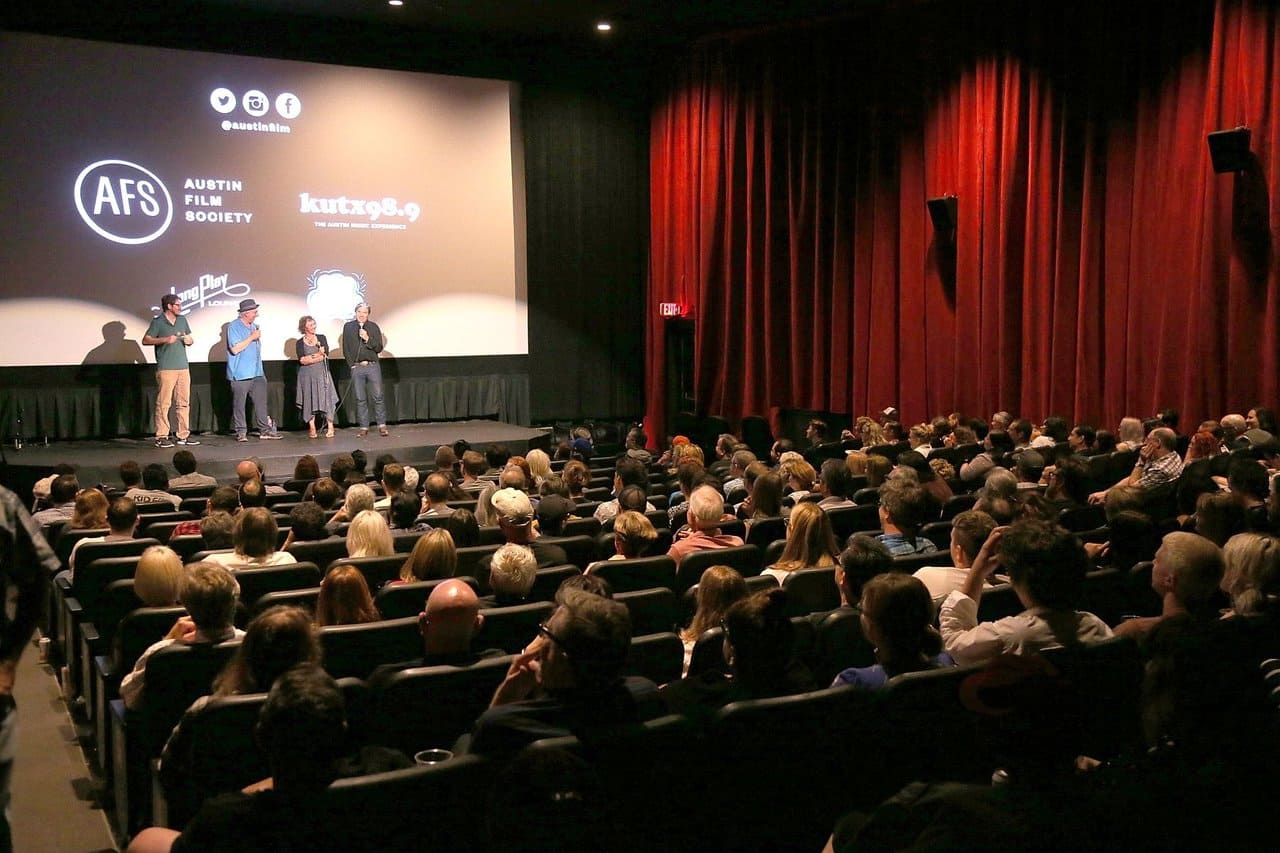 Once a year, Austin Film Society (AFS) awards grants to emerging film and video artists in the state of Texas through our AFS Grant. The Austin Film Society has now given out $1.97 million in cash and over $300K in goods and services to over 500 film and video projects since the program began in 1996. In addition to grants for production, post-production and distribution, they provide cash stipends to Texas filmmakers traveling to prestigious film festivals through its AFS Travel Grant program.

We award grants once a year to emerging film and video artists in the state of Texas through our Texas Filmmakers' Production Fund. Since 1996 the Austin Film Society has awarded 290 grants, totaling $940,000 in cash and $92,000 in goods and services to 272 film and video projects. Additionally, AFS has disbursed $14,500 in small stipends to Texas filmmakers traveling to prestigious film festivals through its Texas Filmmakers' Travel Grant program.

Awards are provided to artists whose work shows promise, skill, and creativity. Grant recipients have shown their films at renowned festivals like Sundance, Berlin, Cannes, Toronto, Tribeca, Venice, Rotterdam and SXSW and have been nominated for Gotham Awards, won Independent Spirit Awards and Student Academy Awards. The Austin Film Society is proud to support these Texas filmmakers making their mark in the world.

Every spring, AFS partners with local film organizations and festivals in major Texas cities to offer free informational workshops on how to apply to TFPF. Visited cities often include Dallas, Houston, San Antonio, Fort Worth, Corpus Christi, Denton and Austin. 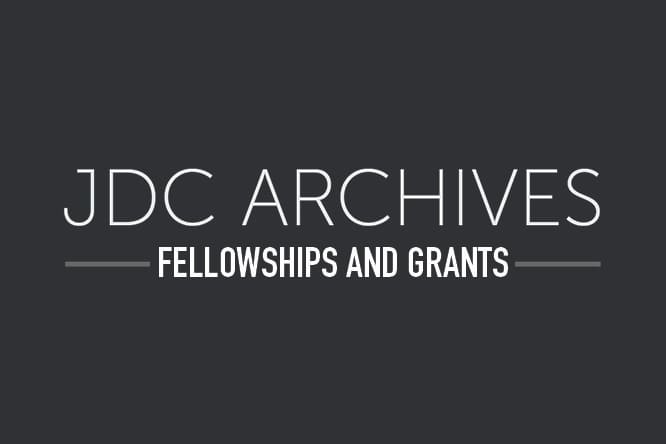 The American Jewish Joint Distribution Committee (JDC) is pleased to announce the 2021 JDC Archives Documentary Film Grant. The JDC Archives will select select one documentary film, which will be awarded a grant of $8,000, with an additional $2,000 available for high-resolution reproduction and licensing fees for material from the JDC Archives. Eligible films will focus on twentieth century Jewish history, humanitarian assistance and related topics.

Topics can include issues, events and personalities related to overseas Jewish communities during the last century. Films that utilize the JDC archival collections (http://archives.jdc.org) will be given higher consideration. Applicants must have a proven track record as a filmmaker.

The grant is for post-production, distribution, and/or JDC Archives licensing costs for a film currently in production or in post-production. Applications are due by March 16, 2021. Please visit https://archives.jdc.org/about-us/fellowships-and-grants-general-information/documentary-film-grant/ to apply and for further information

Back to Top of Film Grants