Film Investor Financing Templates | Which Documents do I Need? 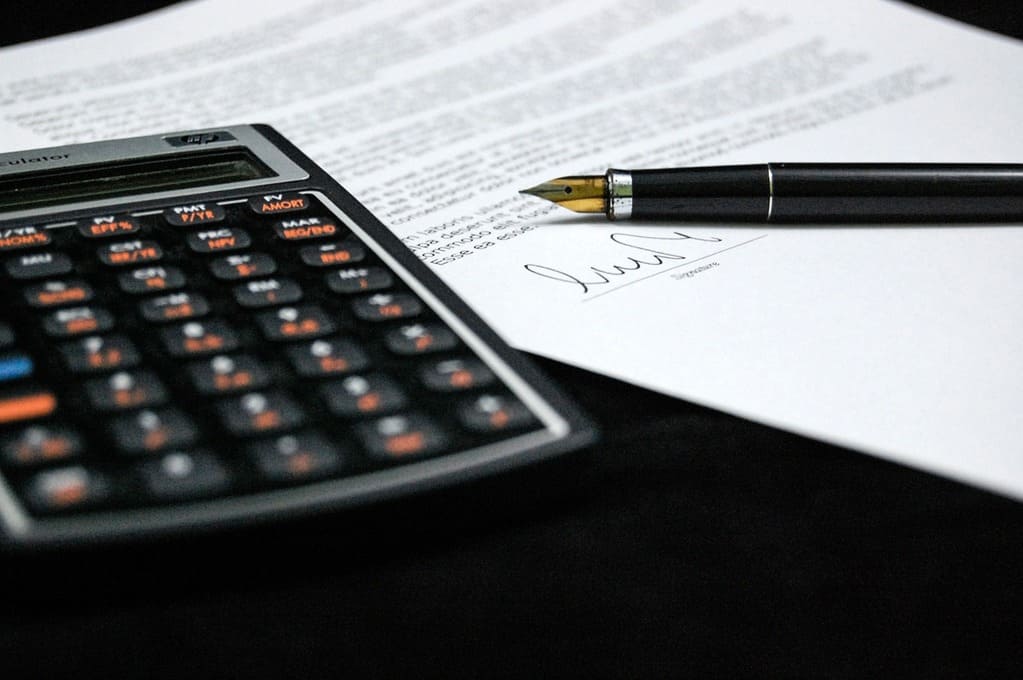 You have a great idea for a film and now you "just" need to raise money to make it. With several hundred articles and experts around the internet, it is difficult to make heads or tails of which tools-templates-documents and professional services you need and those you may want. If terms like Business Plan, PPM, Finance Agreement, Investors Agreement, Producer's Package, Active and Passive Investors have your head spinning, here is the definitive guide to film finance documentation.

Some films will require multiple types of financing and associated documentation. For example, you currently have a script, putting you in the pre-production phase. Ultimately, you plan on securing multiple passive investors to fund your entire film, but don't have the money to hire experts to create the legal and business documents needed. So you bring on one active investor to help you get started and fund the pre-fundraising process. This is one example of how a single film may require multiple types of financing and varying documents required to pursue each.

For purposes of this article, we define:

This is the large majority of FilmProposals.com customers and site visitors and to whom this article is directed. The first thing to note is that there is a difference between which documents we think are necessary and those which are required by law. For example, a budget or a script is not required legally to raise funds for a film (although you do need to document you have true intentions to make the film, and these usually will provide that)...but it's not remotely feasible to think you are going to produce anything without those two key film production articles.

First, you need to know whether you will be raising funds from and working fairly closely with a select few experienced film industry people (Active Investors); or will be going outside your close network to raise funds from neighbors or strangers who will invest in your project, but have little to no experience or say in film production (Passive Investors). As we stated above, you may end up financing your film through a mix of active and passive investors, and this is quite common.

To be clear, regardless of the investor type, there is a distinction between the documents you will use to find, attract and pitch investors and those that are legally required to actually accept money. The exchange of money is what is heavily controlled by legal channels, and varies by state and country, including how and when the investment is defined, what the investment (money) is worth, how it is used, when it is reimbursed and much more. An example is that you may use a business plan to send out to the world to describe your market, investment opportunity, film genre, production advantages and more, but legally, you will need distinctly different documents before you are able to accept any funds from anyone. This is most often called a Subscription Agreement (and is included in our PPM template).

You've decided to raise funds through a select and small group of active investors, who have “knowledge and experience” in the film industry and will be involved in the day-to-day production of your film. You probably already know these people through your industry connections and have established relationships with them. The Business Plan, though not legally required, is a commonly used tool to attract and set discussions with potential active investors. The investment tool for legally accepting and managing funds will be some type of Film Financing (Investor) Agreement.

Passive investors are the route the large majority new or somewhat experienced filmmakers will take. This usually means a large quantity of investors, often solicited publicly, that are not experienced in filmmaking and will not be involved in day to day production. Passive investors include everything from your local dentist or car dealer to a film investor, not personally known, solicited off the internet.

Title II of the Jobs Act

Title II allows producers to promote projects to the public through a number of fundraising channels, generally to Passive Investors. However, there is a key restriction: you can only sell your securities (shares, investments) to Accredited Investors, who generally are a company or high net worth individual. Read more on Accredited Investors and be VERY clear on how and to whom you are able to advertise before you publicly ask for any money. If you want to ask the public for investments and you do NOT want to register your security with the SEC (which is like $50K or more and extremely complicated), then you must follow certain rules.

"Too many filmmakers jump the fundraising gun and post notices on facebook, twitter, or their websites saying “we’re now looking for $1 Million” to produce this film/show.” Guess what… game over! Most film/theatre projects are financed through a ‘limited’ or ‘private’ offering exempt from the otherwise expensive and time consuming securities registration requirements. Under these exemptions, advertising the offering is NOT allowed. Other restrictions address WHOM you may approach, and what information you must provide."

To raise funds, you WILL NEED to provide potential investors some form of a Business Plan and Financial Projections that list specific items, such as purpose for the offering, target offering amount and its deadline, description of the ownership and capital structure of the issuer and more. Most of these items are already included in our Business Plan Template and Financial Projections Template. In this case, the investment vehicle to be provided to passive investors before accepting funds is a securities disclosure document, most commonly referred to as a Private Placement Memorandum (PPM). Keep reading to see the differences between a Film Business Plan and a Film PPM.

Although there are many similarities between a PPM and a Business Plan, there are two main differences. First, the PPM requires a considerable amount of legal and securities information for compliance purposes not required for a business plan. Second, is the intention of two documents and how they will function during fundraising. Use a business plan when seeking to raise money from a few active investors and a PPM when seeking to raise money from a larger group of passive investors and the security has not been registered.

Regardless of whether pursuing active or passive investors, many filmmakers, especially those fairly new to the industry, will create their business plans and financial projections. They understand the actual process of thinking through the businesses plan - financials, budgeting, target market, distribution options and more, provides them with a way to evaluate the success options of their movie and craft their investor presentation. If they only pursue active investors, they have all the information they need, except a financing agreement. If they choose to pursue passive investors, the bulk of the business plan will be used as the “meat” of the PPM, and will only need an attorney to add on the specific compliance information. To save a ton of $$$$ in attorney fees, we provide a PPM template for you that comes with a full PPM, Articles of Incorporation and a Subscription Agreement.

Do You Need a Film PPM (Private Placement Memorandum)?

Our Film PPM Template is designed (and legally required) for filmmakers who want to: 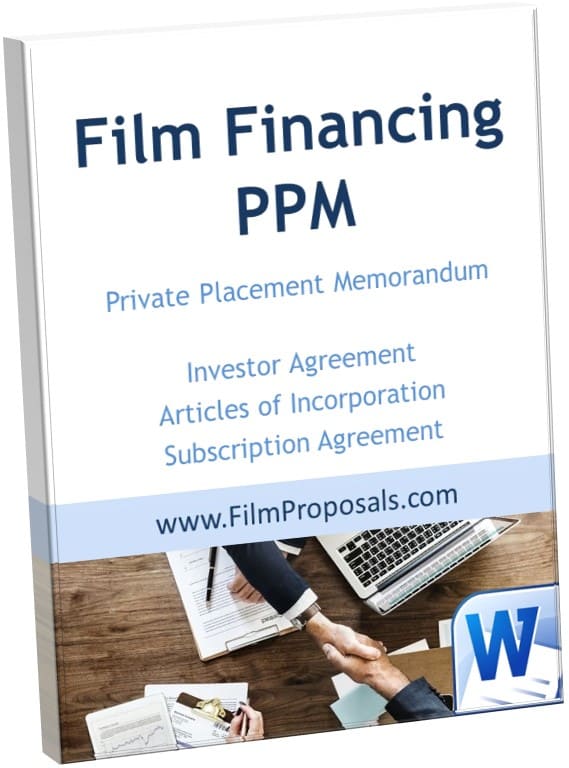 A new Film PPM will easily cost a filmmaker upwards of $10K, however, you can pay an attorney for a few hours of time to review a prepared document and suggest changes. Our Film PPM Pack includes:

Our Film (PPM) Contract is included with our Gold Financing Packages or can be purchased separately below.

Alternatively, we offer our Film Investor Agreement Outline which includes explanations, sample clauses and key sections geared towards active investors. It is not a complete legal agreement, like the PPM, but offers guidance and a lot of legal language that can be re-used.

Simply put, a packaged project is a film or a television series in between the script stage and the pre-production phase that has one or more well-known actors or a famous director already attached. It is almost always prepared by entertainment industry professionals for entertainment industry professionals. A likely scenario is an actor's agent may also represent a great director and has a long-standing relationship with the literary agent of the author of a great script. So s/he "packages" the three of them together and they start to gather other industry talent and shop their package to the studios.

Example Producer's Package: "UTA is packaging this and arranging the financing, and the agency reps everyone in the package but Weng, who is at CAA, and Storm, who is with Franfurt Kurnit and Romark Entertainment." Source: Hot Package @ Deadline