Do You Legally Own Your Film?

Having the correct Film Production Contracts in place on your film is crucial when investors, distributors, festivals and production companies are evaluating working with or investing in your project. You must make sure you own EVERYTHING that makes your film your film. In other words, you must have a clean "Chain of Title." Some examples include story & music rights, cast & crew images, graphics, the script, rights to on location shoots and much more. If any of these important legal contracts is missing, you cannot legally sell your film since you won't own all of it! Funders and distributors will expect you have these signed and if not, could hinder your ability to get distribution or signed investors. Most film festivals require all these agreements to ensure you can even enter your film with them.

Here is an overview of the important film production contracts required to ensure you have full control of everything required to own your film.

According to sagaftra.org, “you are able to defer payment to your performers under the SAG-AFTRA New Media Agreement if your performers agree to the deferral. A deferral in payments means that you agree to make X payment when Y happens.

Example: A producer agrees to pay all principal performers $100 per day of work performed if and when the production receives distribution and after the producer recoups production costs of $5,000. When deferring payment to the performer, P&H (Pension & Health) or H&R (Health & Retirement) will also be deferred until the performers’ payment is triggered."

Before you can deliver your film to distributors or film festivals, you need to make sure you have all rights to the work, services, names, and likeness of your talent, crew and staff. Anyone and everyone from the office to the set to post needs to sign this form. If you want to promote, sell or distribute your movie, you need to own everything in it to have the rights to sell it. It is best practice to have every person on your crew sign this – talent, lights, grips, caterers and post-production. If you release any production footage, like “The Making of My Movie” or use production shots in your marketing and advertising, you’ll need everyone’s consent to make these public. A Cast and Crew Release Form may also be known as a Cast or Crew Deal Memo.

When shooting in any public area, you will likely capture footage of people and want to ensure you have the rights to use such footage in your production. When it is not possible to secure an individual release from every person captured on film, you may post a sign to every public entrance of the area in which you will be filming. The release should state that anyone entering the area may be captured on screen and by entering, they are consenting to be recorded. We recommend you make the letters large and readable from a distance and also take photos of the signs you’ve posted, so you have proof of compliance.

This request asks use of a shooting location from the owner, usually done by a location scout. It can be a restaurant, library, police station, store or any other scene location where you ask the owner for donated use in return for free publicity, or it can paid use. Most of the time, location owners are excited to see a movie being filmed in their establishment, or the benefit of advertising their location to a large audience, as long as it doesn’t interfere with their business. This type of soft film financing, securing your location at no cost, will impress investors.

Also included is the Location Release, the formal document outlining the owner's consent and the producer's responsibilities, shooting dates, as well as the films' rights to the use of the location in all print, footage and advertising of the film worldwide.

Copyrights - The core of your movie is the story, so you want to make sure you own said story. Whoever has written the story needs to register it with both the WGA (Writers’ Guild of America) and also copyright the story with the USCO (United States Copyright Office). The screenplay author can go directly to https://www.copyright.gov or use Legal Zoom. While Legal Zoom charges an additional fee for the copyright submission, their online form is a bit easier to follow and they provide you with a follow up and confirmation service. Please note, once your film is complete, it will also need to be copyrighted with the USCO for your protection before you can sell or distribute your work.

Literary Assignment - If you have hired someone to write your screenplay, or are buying one already complete, registered and copyrighted, you will need a Literary Purchase or Assignment Agreement (also called an Assignment of Rights or Script Purchase Agreement). This agreement gives the producer, production company or studio the right to package or produce a film based on the script/screenplay.

Option Agreement - let's say you find a great script you want to purchase, but you want the actual purchase conditioned on whether or not you can produce the film - hire specific talent, secure funding, etc. In this case, you want to option the script, using an Option Agreement, for a specified period of time, and sometimes for a fee, like a lease. If you complete your necessary steps, then you can move to a Literary Purchase Agreement, and if not, the ownership of the script reverts back to its author or you can extend the term of the Option Agreement.

A Life Rights Agreement (LRA), grants a person or company the right to purchase and develop someone else's life story into some type of media, in this case, a film. These agreements usually release the producer from any libel, lawsuits and future claims and will vary based on whether the subject is alive or deceased and if you are dealing directly with the subject, or an heir.

A music release form serves the same purpose as the Script Ownership documents. It provides your production the right to use music in your film - whether you purchase or license a composer's music or hire someone to create soundtracks specifically for your film. Music you use in your film usually falls into one of three categories: 1) public domain (you are free to use it, but you need proof of this), 2) the creator has agreed to license the music to your production, or 3) the musician(s) have created the work for use in your film (Work for Hire Contract). Whether either of the second two options means you have exclusive access to the music is determined by your specific contract.

When licensing previously recorded music, producers should note the difference between licensing the song (musical composition) and licensing a specific's artist's recording of said song. Most of the time, licensing requires a separate fee for each of the two licenses. For example, let's say you want to use the song "I Will Always Love You," recorded by both Whitney Houston and Dolly Parton (amongst others), but written by Dolly Parton. If you recorded a new version of the song, then you could only do so if you licensed the rights to the musical composition from Dolly Parton. However, if you could somehow license Whitney Houston's recorded version, you would need a license from Houston's estate (whoever owns that recording) as well as from Dolly Parton (the song writer).

This isn't a legal contract, but rather insurance required on every film. Let's say, down the line, you used an image of someone in your film that did not sign a consent form. Or someone else thinks the screenplay you legally acquired is too similar to one they wrote. E&O insurance protects your film from "lawsuits alleging unauthorized use of titles, formats, ideas, characters, plots, plagiarism, unfair competition" and more. (Source: https://www.frontrowinsurance.com/sectors/e-o-insurance). No one is buying or distributing your film unless it is protected by E&O insurance.

FilmProposals is helping you retain full control over your film's Chain of Title, so your film, your producers and your investors are all protected and you will have a finished product you can legally sell. Having the correct Film Production Contracts in place on your film is crucial when investors, distributors, festivals and production companies are evaluating working with or investing in your project. You must make sure you own EVERYTHING that makes your film your film. In other words, you must have a clean "Chain of Title."

Some examples include story & music rights, cast & crew images, graphics, the script, rights to on location shoots and much more. If any of these important legal contracts is missing, you cannot legally sell your film since you won't own all of it! Funders and distributors will expect you have these signed and if not, could hinder your ability to get distribution or signed investors. Most film festivals require all these agreements to ensure you can even enter your film with them.

Included in our Filmmaker Legal Pack: 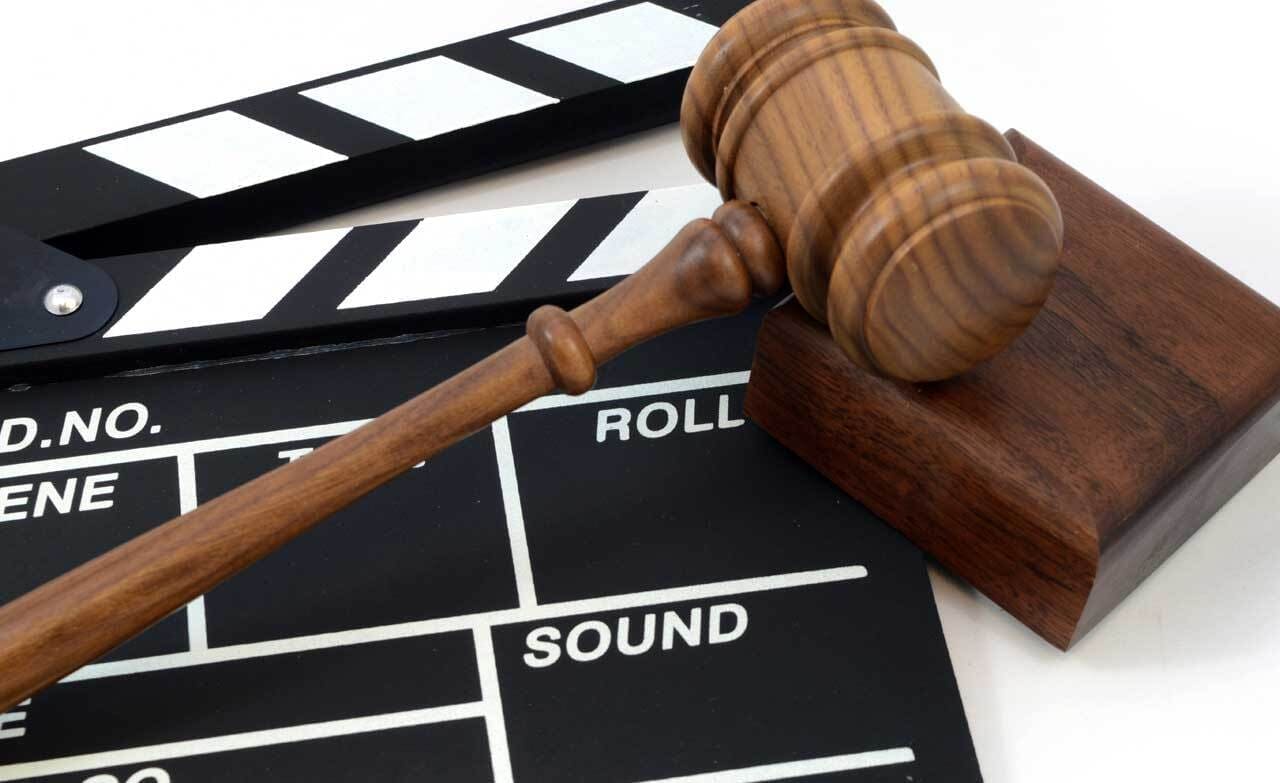 Our Filmmaker Legal Pack is included with our Platinum Bundle or can be purchased separately below.

***Note: To protect your Chain of Title, filmmakers also need E&O Insurance and proof your screenplay is registered with the WGA & USCO. 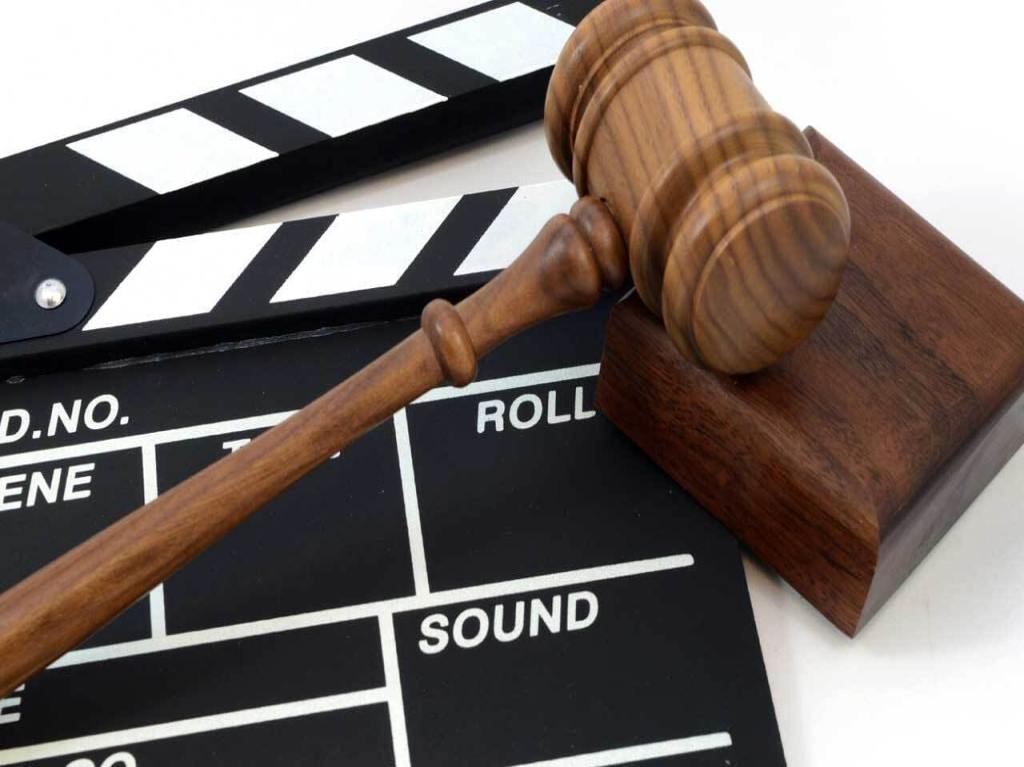