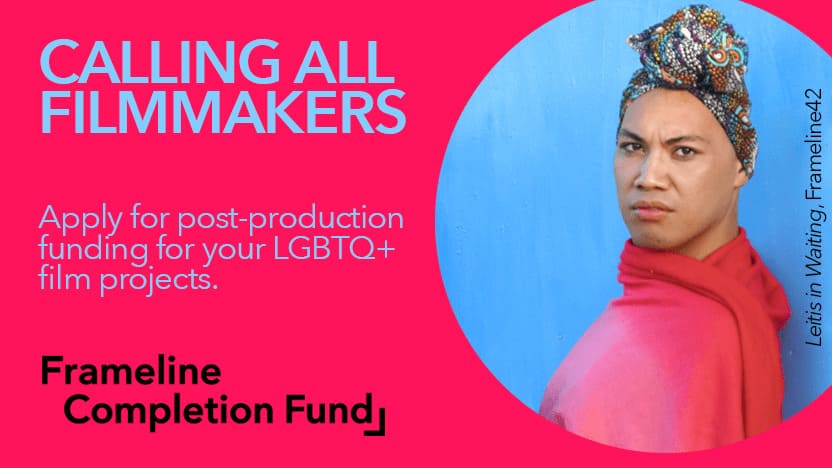 The Frameline LGBTQ+ Film Grant Completion Fund provides grants up to $5,000 to emerging and established filmmakers and is a source of financial contributions to artists who often struggle to secure funding to complete their works. Films submitted should represent and reflect LGBTQ+ life in all its complexity and richness.

The Fund supports documentary, narrative, experimental, animated, and episodic projects about LGBTQ+ people and their communities.

The Fund also seeks to bring new work to under-served audiences; with this in mind, we especially encourage applications by women, people of color, transgender people, intersex people, asexual people, non-binary people, disabled people, and other underrepresented people and communities.

For over a quarter century, Frameline has provided more than 140 grants to help ensure that LGBTQ+ film/video projects are completed and viewed by wider audiences.

Back to Top of Frameline LGBTQ+ Film Grant Completion Fund